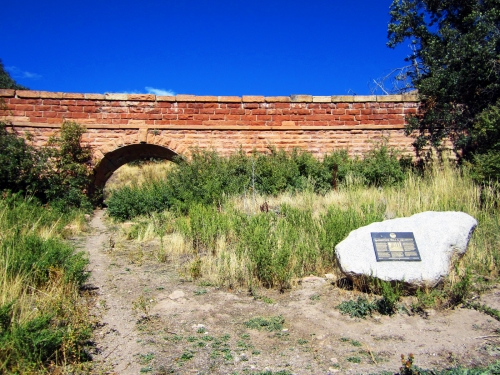 Parley’s Hollow is now the site for Parley’s Historic Nature Park (PHNP).  All park land was acquired from private landowners and the Utah Department of Transportation through direct funds and land swapping.  Of the total acreage (76 of 88 accounted for), only five acres are on record for being donated.  Harvey Hansen made this donation possible on the condition that the city would agree to purchase another five acres of his property.  The Canyon Rim Citizens’ Association advocated for the creation of the park; and, though unable to improve or make any significant contribution to PHNP, they established Tanner Park located due west.

At the south end was a sand and gravel pit.  On the west, a power and light substation was in operation.  Before I-80, there was even a highway that crossed through the hollow and a railway that passed through the hollow itself.  Union Pacific operated a tar abatemement site before it was torn out by the city.  Tanneries, mills, asphalt pits, homes, farms, hotels, a saloon, and one of the valley’s first brothels all were situated in the hollow. Because of the area’s rich past as regards to human activity, there have been many disagreements, controversies, and proposed uses for the area, including resorts, condos, and upscale housing. 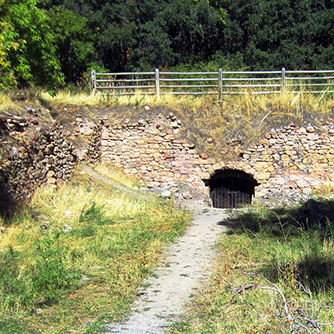 Prominent historical buildings in the park include the Pleasant View aqueduct and Joe Dudler’s wine cellar.  Joe’s last remaining child of seven, Loretta, inherited the house and property.  She was well known for her musical abilities, but after a series of misfortunes (including the death of her first child), was later referred to as the “Witch of Parley’s Hollow” or “Crazy Mary” (the Dudley’s were Catholic) by teenagers and residents who would harass her.  Her house was eventually burned down by arsonists.

Nearby the cellar, one can see semblances of the ‘Golden Pass Road,’ an alternative route built by Parley P. Pratt that at first was characterized as ‘the most dreadful road imaginable.’  It took about ten years for the road to become the preferred entry into the valley.