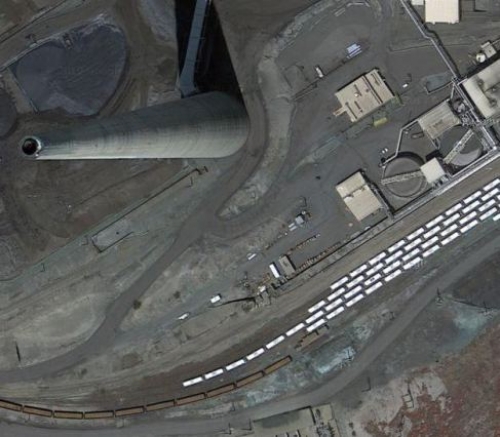 "If you go to Salt Lake City, you see the whole thing illustrated right in front of your face. First the temple was built, right in the center of the city. This is the proper organization because the temple is the spiritual center from which everything flows in all directions. Then the political building, the Capitol, was built beside it, and it's taller than the temple. And now the tallest thing is the office building that takes care of the affairs of both the temple and the political building. That's the history of Western civilization."

This passage from Joseph Campbell in The Power of Myth is frequently referenced here in Salt Lake City. Mostly, it functions as an attempt to dichotomize the power struggle between church and state, for the church office building as the operational arm of the LDS faith still retains a pseudo-religious aftershave on its shorn, corporate face.  Since 1998, however, the church office building has not been the tallest in Salt Lake City – that award goes to the Wells Fargo Center – a mere two feet taller than its predecessor which allowed us all to breathe a sigh of relief, for finally we earned the utter commercial dominance and public valorization of our social psyche.

But wait, Campbell's story is not entirely complete. The LDS temple was not superseded in height by the state capitol until after the Walker Center – which was also built to house a bank – had already surpassed the temple's lofty spires in 1912 (the Capitol would be completed three years later). So, to be fair, the transition moved from spirituality to business to politics to "spirit-tinged" business to business.

What's more: the tallest building might be in Salt Lake City proper, but the tallest structure in the state is located just outside city boundaries. Actually, it is the tallest free standing structure in the U.S. west of the Mississippi River. Kennecott's smokestack, rising 1,215 ft. (about 3x the height of the Wells Fargo Center), was finished roughly one year after the Church Office Building in 1974. If we can consider the smokestack as an option for tallest building in Salt Lake, the LDS incursion past the capitol hardly mattered at all. As the smokestack is technically not located in the city and is instead situated in Magna, Campbell is right to say what he did when he did. But the smokestack (and other buildings like it) inhabits what could be considered an arena of the subconscious constructions that also "inform" our societies beyond a small city like Salt Lake. Our shy smokestack resides on the perimeter of what most valley dwellers see every day and thereby remains invisible to us. As part of the refinery process for one of the largest open pit mines in the world, it can't singly represent the 22,500 residents of Magna and them alone. Nor can the residents of Salt Lake, nor the region of the American West, be entirely sufficient to explain the national, if not international reach, of this monolith. The smokestack is one of many hidden sentinels that signal even as they interrupt our conscious cultural skyline.

This tower was around for more than a decade when Joseph Campbell used Salt Lake City as an illustrious example of the move from church to state to corporation. But it too is a reflection of the symbolic order of Magna, Salt Lake, and the wider world – one that has been overlooked for too long.

The immense height of the smokestack at remove forces us to ask ourselves the question regarding how we determine the geography of our man-made landmarks, geographic partitions and boundaries, and the importance (or lack thereof) we give to them. And must it always be about height? The mine itself internally sustained a massive landslide – potentially the largest man-induced landslide ever – that reached speeds of up to 200 mph and deposited over 165 tons of rock debris just this May. When the World Trade Center towers collapsed on 9/11, they produced only about 20 tons more of steel debris. Kennecott’s landslide is huge and one not easily recuperated by the industry or state.

We need a mythic geography of not just our architecture as buildings that exist in daylight, but where we dirty our hands in the construction of behemoth. These could be buildings, mines, markets, caucuses, or rites. We need to not just understand human constructions as symbols of power and reigning ideologies, but as sentries that look back upon us. As wardens that orchestrate in magic. The smokestack, itself, is a dragon, reported to be the state’s largest single source of air pollution along the Wasatch Front.

They are, to us, security and personnel. Both public and covert. They see us more than we see them.