Mice and Rats and the University of Utah Vivarium 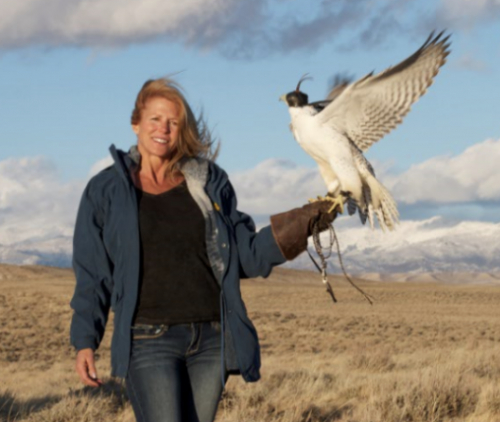 Bert Robson was a small man with an outsized soul.

“Is this the Audubon?” These words introduced us.

“Well, not exactly. This is the Raptor Society,” I said over the phone.

So true. With more than 60 eagles, owls hawks and falcons in rehabilitation in our facility on any given day, we were constantly foraging to feed our carnivorous birds of prey. Rodents were the ultimate food, although we frequently had to resort to chicken or pigeons (the latter frozen in order to kill the communicable trichomoniasis they often carried).

“Me name’s Bert Robson,” the voice said, “and I’m at the vivarium, the rodent colony for the University of Utah Medical School.” He had a cockney accent. Later I learned he was an “anti-aircraft gooner in London” during the World War II.

The next day I located the vivarium in the warm basement of an old World War II barracks wedged next to the University Hospital. As I entered I was hit by a surge of fusty odor—rodents and wood shavings.

I found Bert in the basement, a short, slender, mustachioed man with gray hair.

Bert showed me to long tiers of rodent tubs—each with wire top, each affixed with a water bottle and spigot and a feeder with rodent pellets. Their floors were layered with wood shavings, which Bert called “flooff.”

“These are B-47 mice,” he said, pointing out two tubs of brown mice. “Their genetic line is so pure that they’re very expensive.”

“How expensive?” I asked.

He shrugged. “A thousand each, maybe more. Many cost ‘undreds. That’s why we try to raise our own.  These are bred to guidelines and $200 or $300 per mouse or rat is not unusual, since you must have a pure genetic strain,” he said. https://www.jax.org/pricelist

I learned it’s not easy to raise mice. Fragrance notwithstanding, the rodent colony was spotless. Its painted floors and walls were washed and disinfected regularly, and its ventilating, system provided specially filtered.

“Sometimes we have more than we need, and that’s why I called ye,” said Bert. How many culls can ye handle? Five hundred?”

Wonderful. That would keep us going for a while. Our recovering eagles needed one rat or at least three mice a day; hawks and owls and falcons required one or two mice per day.

I told Bert I’d have to make some arrangements before I could accept so many. By my next visit, the U.S. Fish and Wildlife Service had donated a large freezer. We were ready for our first delivery.

When I arrived at the vivarium to pick up our first batch of mice, I was surprised—more than surprised. Bert handed me box after wooden box filled with mice. Five hundred Swiss-Webster mice. All white. All alive.

“How do I dispatch them?” I asked Bert.

“I don’t want to know and I don’t want ye to do it here,” he said gently. He was charged with raising them, and he did so with care and love. During all my visits I never once saw him smile, yet he was as sweet and gentle a man as I’ve ever known.

I understood. Every life is important, and it is made all-the-more so by one’s familiarity with it. Bert might be able to part with the culls, but he didn’t want to know any more except that they went to a good cause.

Once I got them home, my wife and I were faced with the question of how to kill 500 mice for packaging and freezing (she would thaw the number she needed each day depending on the fluctuation of injured and sick birds being cared for).

We had a conversation about dumping them in a large garbage bag attached to the exhaust pipe of our Saab. This idea was quickly quashed by my wife, who ran the project. Carbon monoxide, lead and other residues might remain in the flesh of the dead mice and be transferred to the birds.

The immediate problem was solved by pleading with my wife and two sons.

“Come help and share the guilt.” We spent a couple of gruesome hours taking each mouse by the tail, and with a quick downward motion striking its head on a concrete stair.

It was awful work. There was some blood. Little bodies trembled before expiring. Bagged and placed in the freezer, their hot little carcasses thawed the ice surrounding them.

There had to be a better way.

One of the DWR conservation officers suggest drowning them in a garbage can with a tight lid. I bought a small trash can and we went to work. This was more traumatic than the swing-and-bonk method. After five minutes I lifted the lid to find a mass of swimming mice, their noses held high, climbing furiously on one another as they treaded mice and water. This would not do.

The same conservation officer had another idea, one I am reluctant to remember.

Fish and wildlife workers always carry powerful M-80 firecrackers, useful for frightening deer and elk from farmers’ fields.  Our conservation officer suggested this: load the trash can with mice, light the fuse of an M-80, drop it in the can. and close the lid.

“The concussion will kill them instantly,” he assured us.

In went the mice. In went the lighted firecracker. We clamped down the lid and stood back.

WHOOM!  The lid sailed 30 feet aloft, chased by a column of pink and white mice that rose even higher, some of them sailing into the boughs of a narrow-leaf cottonwood.

We found only a single dead mouse in the can—none dead on the ground—and we had to protect our heads from the rain of live, but probably deaf, mice. I was emotionally somewhere between disgust and hysteria.

In desperation I called my master falconer, Steve Chindgren, and asked how he killed the many coturnix quail he needed for his gyrfalcons.

“Put some dry ice in your trash can and close the lid tightly,” Steve told me. The carbon dioxide displaces the oxygen,

And that is what we did: We placed the dry ice in the bottom of the can. Over that was layer of newspaper. We placed the mice on top of the newspaper and closed the lid.  In five minutes they were gone, resting peacefully.

I hated this aspect of raptor rehabilitation, although it contributed to our treatment and maintenance of more than 3,300 eagles, hawks, owls and falcons that came through the program at our home in the Cottonwoods. Eventually we released to the wild about 53 per cent of those given to our care.

By this time I was mulling ideas about life-and-death cycles, comprehending that in order for anything to live, something must die.