The Avenues are a series of blocks set up in a gridded pattern originally developed by Mormon pioneers called the plat of Zion. This neighborhood was constructed to form a closer community, a sense of structure and an order of living in an un-established desert. I was born in its hospital, was taught in its schools, played in its back alleys. I have a strong connection to the landscape and all of its amazing houses and aged imperfections. Every photograph from the series corresponds to the specific block on the gridded map and was shot in September of 2014 while walking up and down the Avenues. The photographs taken are composed by old memories of residences and structures, some beautiful, some haunting. 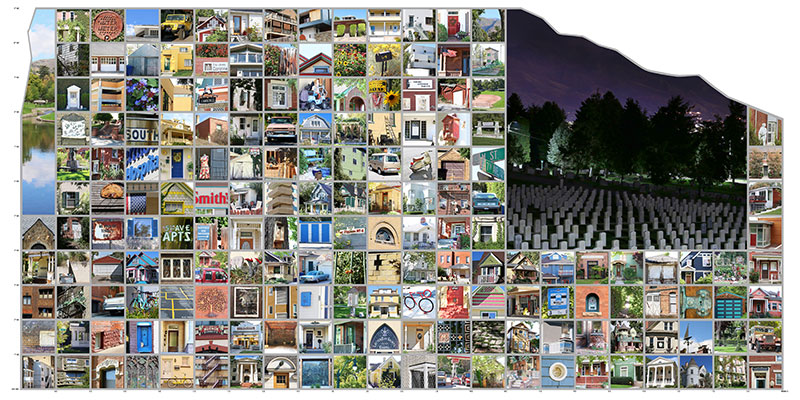