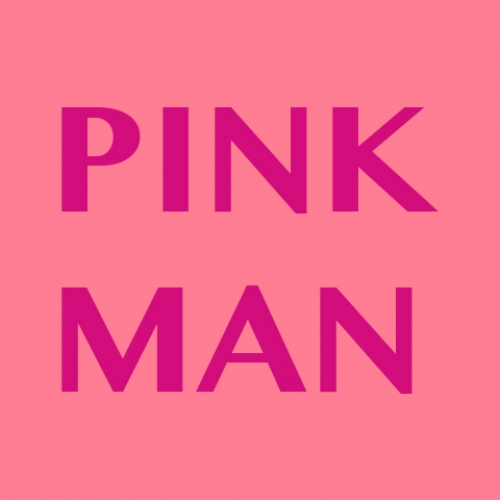 I first bumped into the man in the furry, pink coat—a coat like a light-blue one I, myself, once had—rounding the corner near Gilgal Gardens. It must have been twenty years ago.

The man and I didn’t see each other right away. We were too busy checking for injured parts. But when we did, I couldn’t take my eyes off his short, spiky, pink hair, the white jeans he’d poured himself into, and that wild, long-furred beast of a coat that made no sense on a summer day. I apologized. He nodded. We both kept walking. I looked back and watched as the purse slung over his shoulder bounced against his hunched back as he made his way down the street.

I started seeing him near my favorite 9th and 9th coffee shop. Back then, people were forced to walk between the crowded tables along the sidewalk if they wanted to get by. And the man I’d bumped into that day did. Repeatedly. Each time, he wore an element of pink. Light pink, dark pink, soft pink, hot pink. He looked best in soft. The harsher hues didn’t suit his nature. Everyone agreed.

The truth is, I looked up to him, as much as admired his flair. In my eyes, he was confident. He wore his pink with panache. He was exactly who he wanted to be every single day. That was something I was still learning how to do.

I lost track of him for quite a while. Years later, my husband and I moved near the University of Utah. My office was in the front of the house, facing the busy sidewalk. Watching the world from my window, it wasn’t long before I again saw Pink Man, as he was known.

He looked lovely in his pastel sundress, ballet flats, and large floppy sunhat. His hair, what I could see of it, a white-blonde bob. He also wore a bike helmet that strapped the wide brim of the hat down over his ears. It matched the Barbie-pink cruiser with handlebar tassels that he pushed instead of rode.

After that, seeing him became a part of my routine, as walking down 300 South was part of his. I started collecting the pink ribbons and belts and scarves I’d worn, but knew he’d wear better. I put my findings in a bag by the door and waited for the right moment to introduce myself properly and give him my gift.

That moment never came. Before I had a chance to tell him how much he brightened my day, Pink Man disappeared from my part of town.

For years, I asked around after him.

Have you seen Pink Man? No one had.

Do you know what has become of him? No one knew.

What I find now are sightings reported on Reddit, a defunct website documenting his outfits, even a local eccentric award from City Weekly. . .traces of other people’s quests to admire Pink Man, too.