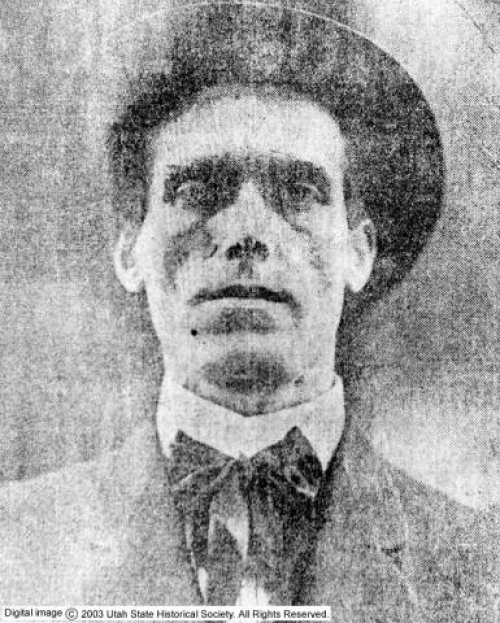 After his execution on November 19, 1915, envelopes containing Joe Hill's ashes were sent to IWW union halls around the country. Every state but one received their share of the famous labor organizer's cremains. In Hill's last letter to "Big" Bill Haywood, leader of the IWW, he asks that his body not remain in the state that convicted him of murder: "I don't want to be caught dead in Utah." Laborers all over the country, along with those in South America, Europe, Asia, South Africa, New Zealand and Australia, were allowed access to part of a man who they believed died for their cause. But in Utah, Hill was considered a convict, not a martyr; and, after his death by firing squad at the Sugar House prison in Salt Lake, he and his fellow Wobblies would have no part in the state, in life or in death. None of Hill's ashes ever scattered across the Utah border.

In January 1914 authorities arrested and charged Hill with the murder of John G. Morrison and his son Arling. Shortly before 10 pm on January 10 two masked men entered Morrison's store brandishing guns and shouting, "We have got you now!" Arling pulled out his father's gun and fired. The two men fired back, killing the father and son. The same night, Joe Hill paid a visit to a local doctor's office in need of treatment for a bullet wound. He told authorities he'd received the wound in a dispute involving a woman. Because he refused to sully the woman's reputation he declined to identify her.

Hill acted as his own attorney during his preliminary trial and his conduct before the court only served to alienate and aggravate the jury. He was eventually given council but attempted to fire his state-appointed attorneys. Such behavior may not have made any difference though as conservative Utah didn't exhibit much sympathy for Hill and his IWW affiliations. Despite the prosecution's dependency on circumstantial evidence and a lack of motive for the killing, on June 27, 1915, the judge sentenced Hill to death. Not even an appeal from President Woodrow Wilson to the Utah governor could save Hill. Before he was executed by firing squad he was heard to say from his chair, "Go on and fire."

Hill's last will and testament was published in the Salt Lake Herald-Republican:

My Will is easy to decide
For there is nothing to divide
My kin don't need to fuss and mourn
"Moss does not cling to a rolling stone."
My body? Oh! If I could choose
I would to ashes it reduce
And let the merry breezes blow
My dust to where some flowers grow.
Perhaps some fading flower then
Would come to life and bloom again.

Beautiful last wishes, but I imagine Hill might have easily added a postscript to his poem: my will be done, just don't let those breezes blow my ashes back to Utah.

University of Utah Library (only available with login)

JOE HILL: 'I NEVER DIED,' SAID HE By Ben Lefebvre (only available with login)